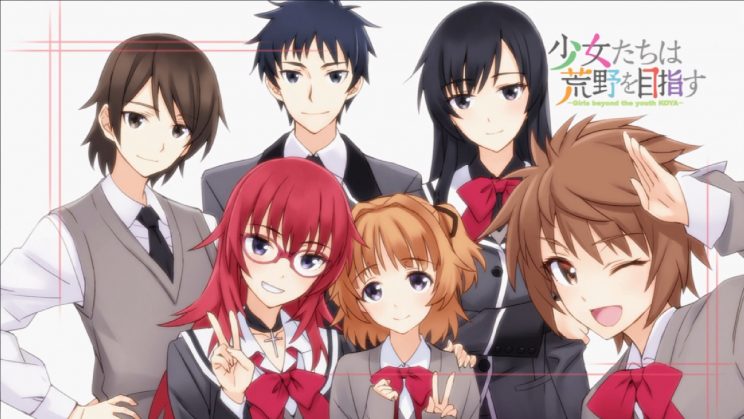 I have often said that if a show can’t decide on what the title should be, that is an indication of troubles. Although “Shōjotachi wa Kōya o Mezasu” (“Girls Beyond the Wasteland” or “Girls Aim for the Wasteland”, often abbreviated as “Shokomeza” and also known as “Girls Beyond the Youth Koya”) somehow avoids this problem, the story it tells is one that I have already seen. Continue reading

When you are a young youth, you have hopes and dreams and fantasies. One of them is that there will be a girl who likes you for you and you can have a lot of romantic events. Another is that you are needed to help people along, just by being you. Well, what if that came to pass? Thus is the plot idea for “Shomin Sample” (“Shomin Sample: I Was Abducted by an Elite All-Girls School as a Sample Commoner” or “Ore ga Ojōsama Gakkō ni ‘Shomin Sanpuru’ Toshite Rachirareta Ken”) and what a massive title that is for anything. Continue reading 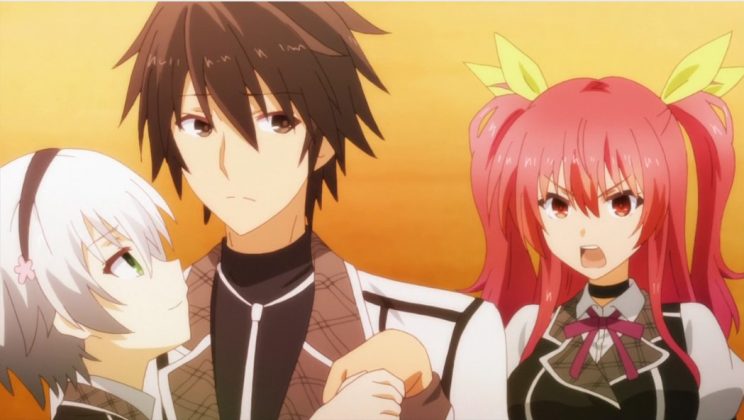 As of late, I have been running into a lot of fighting academy shows, where people of varying degrees of talents and abilities are shipped off to this particular institute or that particular school to hone their particular fighting skills, in that they may defend this country or do battle against other schools for honor and glory and taiyaki. It’s like being in “The Goblet of Fire” but without Cedric Diggory. (Hmmmm……….this is like déjà vu all over again). Much like “Sky Wizards”, “Asterisk War” and/or/perhaps/either “Bahamut”, this one, “Rakudai Kishi no Kyabarurii” (“Chivalry of a Failed Knight” or “The Heroic Tales of the Failure Knight”) continues in that same vein. Continue reading

An asterisk is that little star you sometimes see, next to things like ‘free* checking’ or ‘free* bat day’ or ‘free* Willy’. It is an indicator that things are not on the up-and-up. That is certainly the case with “The Asterisk War: The Academy City on the Water” (“ Gakusen Toshi Asutarisuku” “Academy Battle City Asterisk”). But, first, we must go back to the front.

In the 20th century, a disaster called Invertia led to the destruction of numerous cities across the world. (Well, I assume the world. I mean, only Japan got pulverized?) In response to the declining economy, the Integrated Empire Foundation is organized to assume the world’s leadership. The parallel city of Rikka, also known as Asterisk, has six academies which hold tournaments called “Festas”. Seidokan Academy becomes the 5th highest-ranking academy in Asterisk. Now, the thing about Rikka is that it is designed to look like a stylized asterisk, with the six academies as the points of the star and the festival battlegrounds as the center. 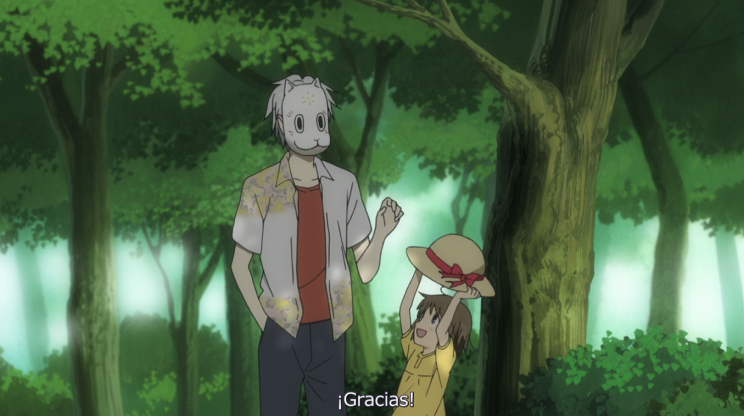 This ‘movie’ was a bit longer than other offerings, about 45 minutes, and is a self-contained tale. The only problem I had with “Hotarubi no Mori e” (“Into the Forest of Fireflies’ Light”) is that I knew how it was going to end before I got there and that is always a grand disappointment. Continue reading