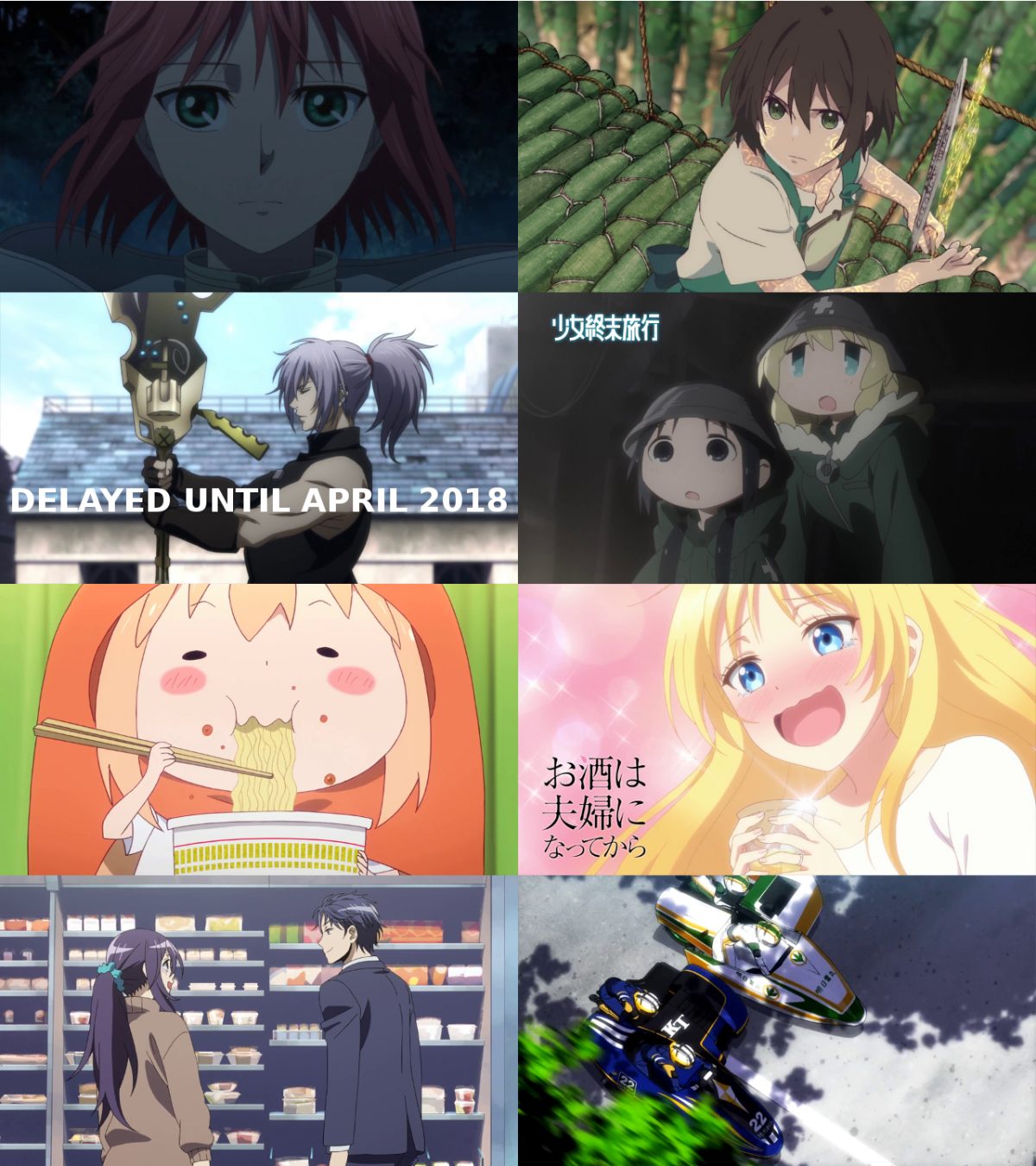 A new crop of anime series debut next month and I’m interested in a handful of them. I also sampled Neo Yokio and didn’t like what I watched.

I have eight upcoming anime series I want to try watching, although some may be stuck in paywall hell for a while and one has been pushed to next year. 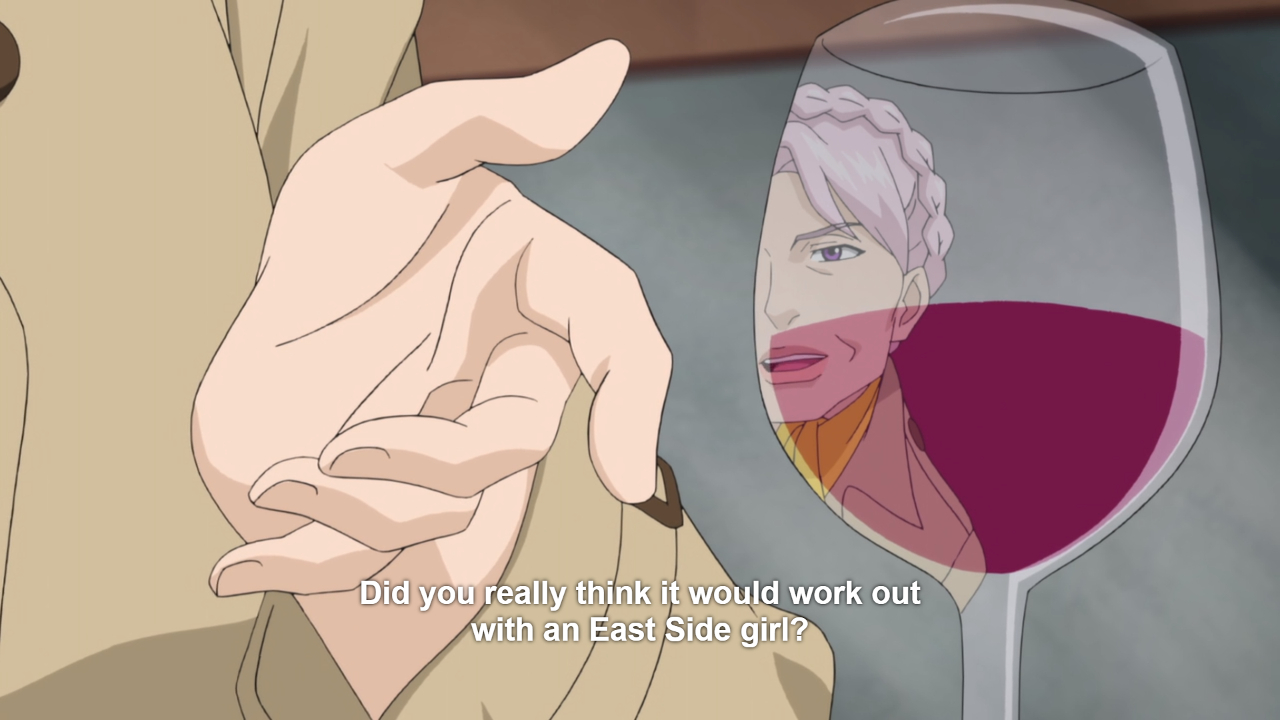 Aunt Agatha and a wine glass in Neo Yokio

Neo Yokio was the talk of Anitwitter last weekend with many viewing it as a “terribad” anime-inspired show, enjoyable for its poor quality. I watched the first episode tonight and thought its writing & upper crust characters were boring. It felt like an average adult cartoon with competent animation that might appear on a cable channel. (The show was first announced as a production for Fox’s now-defunct Animation Domination High-Def block.) There are some star names among its cast including Jaden Smith as mopey pink-haired protagonist Kaz Kaan, Jude Law as Kaz’s robot butler Charles, Jason Schwartzmann as Kaz’s blond-haired rival Arcangelo, Susan Sarandon as Kaz’s exorcism mentor Aunt Agatha, and Richard Ayoade as a few minor characters, but they all seem underutilized.

Lauren at Otaku Journalist explained in a blog post why she considers Neo Yokio to be “anime”. I wouldn’t go that far but it does appear to take some thematic influences from anime, like Charles’ mobile suit design and Kaz’s depression that reminded me of Evangelion’s Shinji Ikari but less dire. Asking “is this an anime?” sounds similar to discussions from a decade ago surrounding Western-produced manga/comics, debates about the “game”-ness of Flower and Gone Home, and even broader conversations about purity and authenticity (“true patriots”, “real fans”). Such questions are sometimes framed in ways to dismiss people and things that don’t meet established concepts or definitions; they feel less relevant questions to me in an era of greater cross-cultural exchange, particularly through digital networks and communication channels. Omo wrote a better post than I could write on classifying something as “anime” and also encouraged fans of all types to learn more about how their favorite things are created.

I have been blogging about anime for more than a decade. My other interests include sports, business & legal affairs, and philosophy.
View all posts by Tom →
Tagged  Anime, Children of the Whales, Dances with the Dragons, Girls' Last Tour, Himouto! Umaru-chan, Love is Like a Cocktail, Neo Yokio, Recovery of a MMO Junkie, television, The Ancient Magus' Bride, Two Car, Weekly Check-In.
Bookmark the permalink.