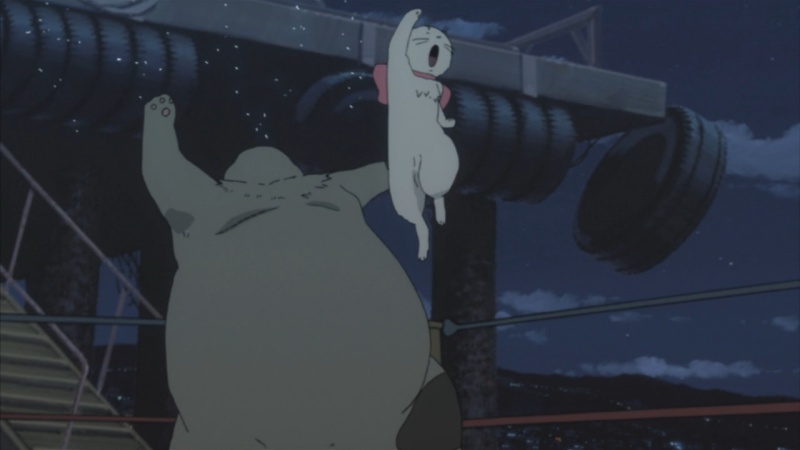 Like Princess Tutu (which I wrote about in an earlier 12 Days post), Kamichu! is an anime from the 2000s that I had good things about from many people for a while before watching it with other people last year over a number of weeks.

The series has some standout episodes that feature middle-school goddess Yurie dealing with a visitor from outer space and Yurie & her friends reviving an abandoned beach house. My favorite of the bunch involves a troublesome pack of cats led by Tyler Meowden. Yurie’s family cat Tama (who shares a body with a poverty god) joins that pack and Yurie transforms herself into a cat in order to look into what is happening. 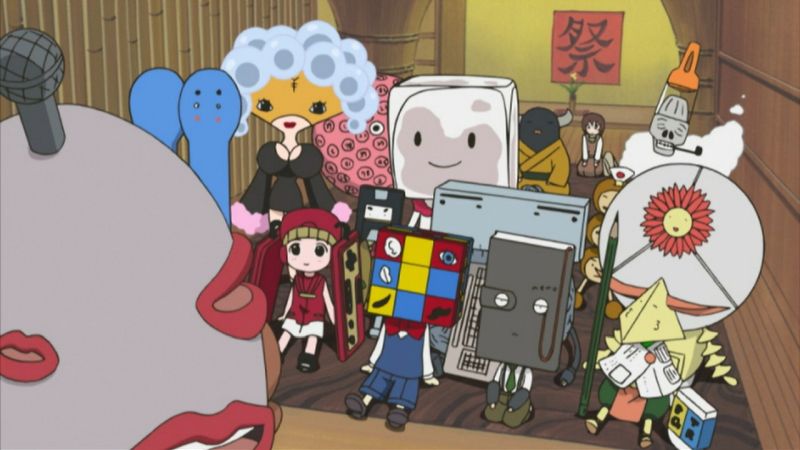 There are also story threads that span the anime’s 16 episodes such as Yurie trying to balance her new duties as a goddess (kami) & her studies and her crush on aloof calligraphy club president Kenji Ninomiya. There seem to be a kami for everything, even for older items and technology.

Kamichu! falls comfortably into the slice-of-life category – it’s set in 1980s Onomichi in Hiroshima Prefecture and there are few high-tech distractions & no cell phones. It was the third TV series produced by animation studio Brain’s Base and the studio later worked on Baccano!, Durarara!!, Princess Jellyfish, Mawaru Penguindrum, and many other series.

Unfortunately, there are few convenient ways to watch Kamichu! in a legitimate manner. Geneon USA had released the series in North America but those DVDs are out-of-print after Geneon USA shut its doors in 2007 and a brief re-release by Funimation in 2008. The 12 episodes that aired on TV are available on Bandai Channel (a Japan-only service) with Aniplex listed as its distributor.

I have been blogging about anime for more than a decade. My other interests include sports, business & legal affairs, and philosophy.
View all posts by Tom →
Tagged  12 Days 2016, Anime, Kamichu!.
Bookmark the permalink.