What I May (Eventually) Watch From The Spring 2015 Season 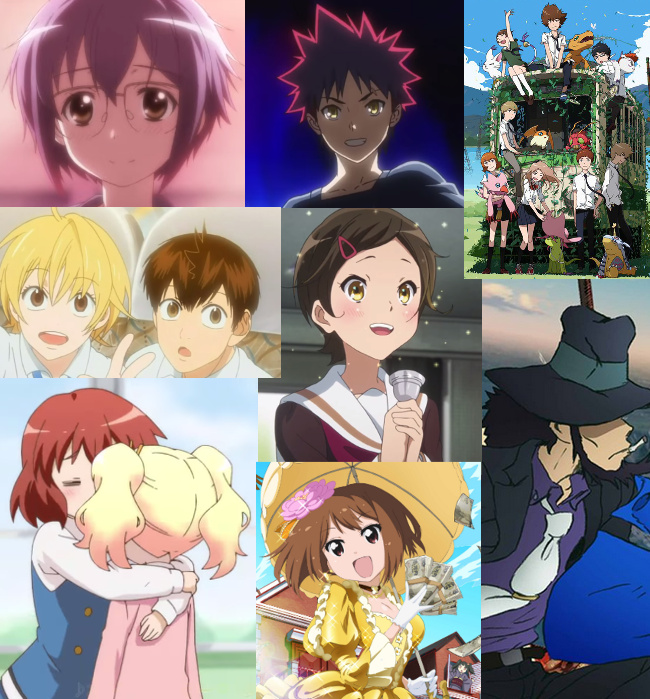 I’ve fallen behind on what I started watching from the winter 2015 season so my primary focus for spring might be finishing most of those shows. However, I’m also interested in watching some new series that premiere in April.

Disappearance of Yuki Nagato:
I liked the first season of Haruhi when I watched it years ago but I think this spinoff series will have a less hectic pace since Yuki, not Haruhi, is the main character. I haven’t read any of the source manga so I don’t know how differently the characters will act, aside from Yuki showing more emotion.

Food Wars (Shokugeki no Soma):
I’ve only read the first chapter of the manga but it seems like its adaptation will be energetic based on the trailer I saw.

Baby Steps 2:
I only saw two episodes of the first season but I do want to watch the rest of that and proceed to season 2 soon after.

Digimon Adventure Tri:
Digimon was a part of my Saturday morning cartoon watching as a kid so I’ll at least try out this sequel series with the main characters in high school. I’m currently going back through the first season in Japanese via Netflix and there’s a lot of stuff early on that I don’t remember.

Hello! Kiniro Mosaic:
The first season of this school comedy was a favorite of mine from 2013. Happy to see more of it with the addition of a new teacher into the mix.

Sound! Euphonium:
Schoolgirls playing musical instruments is not a new thing for Kyoto Animation (K-On!). This one seems like it may be more focused and less silly since the girls will be part of an orchestra.

Teekyu 4 & Takamiya Nasuno Desu!:
I didn’t get into Teekyu until the third season began airing and then I marathoned all the episodes in a week or two. Both will be short-form shows like the previous seasons. Nasuno isn’t my favorite character of the four main girls but I’ll probably keep up with her spinoff show if it’s not horrible.

Lupin III:
There aren’t many broadcasting details on this new series in the franchise other than it will first debut on Italian television. I haven’t seen specific start dates for Italy or Japan – just sometime in spring.

I have been blogging about anime for more than a decade. My other interests include sports, business & legal affairs, and philosophy.
View all posts by Tom →
Tagged  Anime, spring 2015.
Bookmark the permalink.