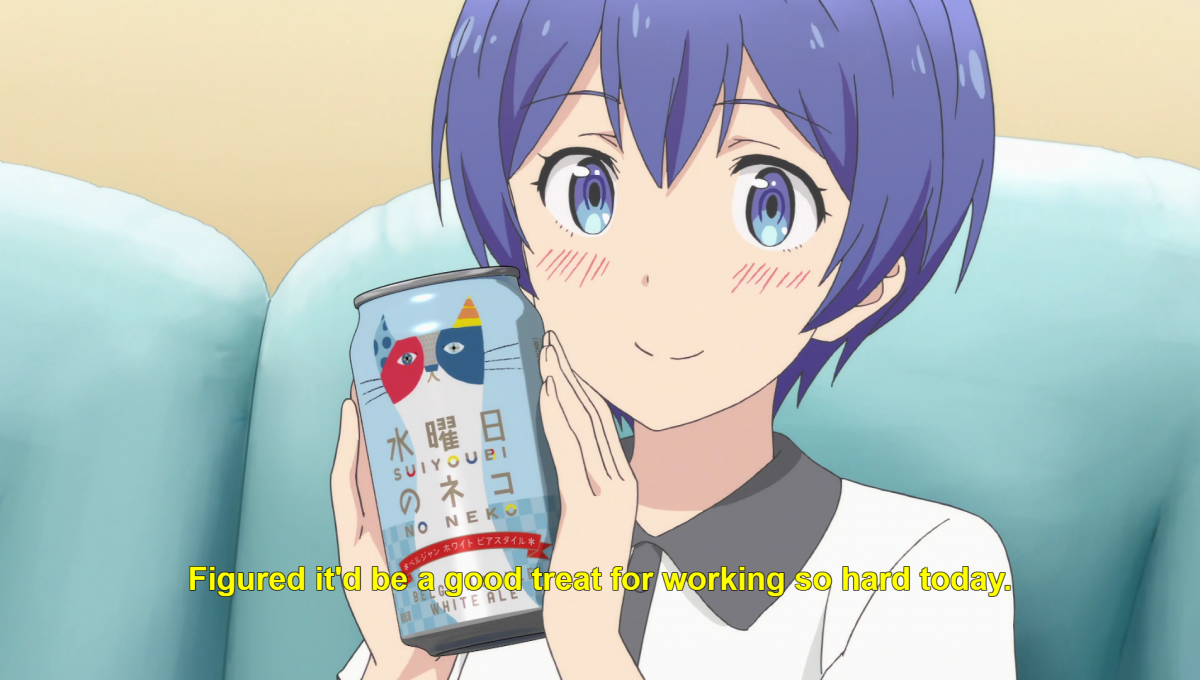 Michiru holding a can of “Wednesday cat” beer in Takunomi.

I’m back with a few thoughts on new anime series and some other things.

Other things of note

I watched the first episode of Girls’ Last Tour and want to watch the rest of the season. The haunting setting and the dynamic between Chito and Yuuri from Tsukumizu’s manga series seem to have carried over into the anime adaptation. [Available on Amazon Prime Video.]

I also rewatched Sayonara Zetsubou Sensei with some friends. I had forgotten how long some of the “I’m in despair!” extrapolations are strung along in certain episodes.

In the realm of live-action movies, I saw Justice League in a discount movie theater and liked it. It was my first exposure to the newest batch of DC Comics films. (I think the last DC Comics-inspired movie I saw was Superman Returns from 2006.) The story seemed to move at a good pace. It was more sullen than the Marvel feature films I’ve seen, but maybe that mood is expected since the villain is an alien commander trying to transform Earth into a hellscape for himself and his bug-like minions.

Lastly, I plan to start writing again on Sport in Fiction, a side project of mine. I am considering starting a Patreon and soliciting contributors (who would be compensated for their work), but that might be a few months off since I would first like to establish a reliable schedule.