Feeling Okay About Not Keeping Up With New Anime 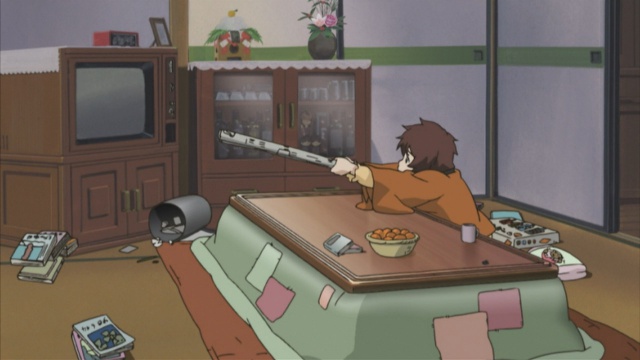 Each quarterly season of new anime series contains many shows I have a medium level interest in watching but few have driven me to keep pace with weekly episodes to the ends of their respective runs. Readers who have followed me for a while might have noticed this trend. I have finished watching only 6 of the 13 anime series I discussed in a summer 2015 impressions post and made little to no progress on the many series I listed in an end-of-2014 post.

This spring, I started watching ten shows as they debuted and then sputtered out; the furthest I reached with any of them was Space Patrol Luluco (6 episodes). This summer has been worse as I haven’t felt compelled to start any particular new show over another new show among the ones I wanted to check out.

I would rather wait for an anime series to finish airing before I begin to watch it than try to remember when new episodes come out or look for updates in my streaming queue. I’m slightly aware of the hotly talked about shows through reading Twitter a couple times a day and seeing feature articles on Crunchyroll, Anime News Network and other websites – Re:Zero and Mob Psycho 100 seem to be popular right now.

Instead of trying to deal with multiple series each week, I’m going to watch only a few at a time and most of those will be anime I had started at some point but have yet to finish, unwatched series and movies on DVD and Blu-ray, and perhaps some anime I had previously quit watching but want to revisit. I may also devote more time to Sport in Fiction since there are a bunch of relevant anime series starting in October as well as a lot of manga series I’d like to cover on there.

Aside from those sporting shows, I’d also like to watch Fune wo Amu (The Great Passage), based on a Shion Miura book that was adapted into an award-winning film in 2013; Miss Bernard said., where the main character talks about books she hasn’t actually read; and Nazotokine, which looks to be about riddles and puzzles.

I have been blogging about anime for more than a decade. My other interests include sports, business & legal affairs, and philosophy.
View all posts by Tom →
Tagged  Anime, backlog, watching habits.
Bookmark the permalink.