Getting Into “Love Live! School Idol Festival” After Everybody Else 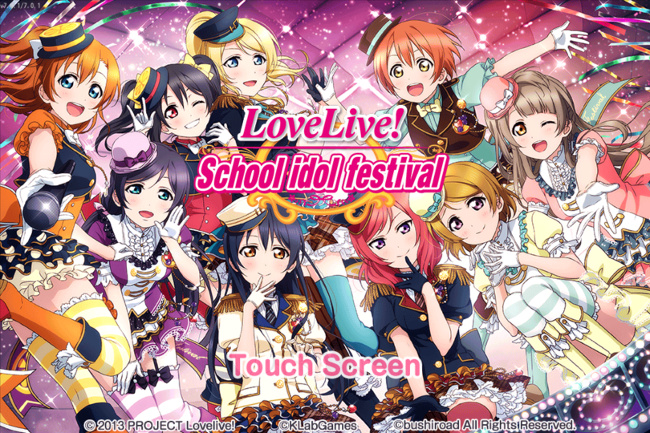 Last Thursday, I finally downloaded mobile rhythm game Love Live! School Idol Festival (LLSIF) about 10 months after it was released in English and after seeing a number of people I follow on Twitter playing it on a regular basis.

The last major free-to-play game I had touched was Puzzle & Dragons (PAD) and I kept forgetting to log in after a week of playing that last September. LLSIF and PAD share some similar elements, such as leveling up characters through “feeding” other characters to them; gaining new characters after completing a Live Show (or dungeon, in PAD’s case) or through redeeming special currency; using event points that recharge slowly over time into order to start Live Shows or enter dungeons; and rotating events.

One main difference between them is the gameplay: LLSIF involves tapping on circles in time to a particular song while PAD’s dungeons have you match colored orbs to attack monsters. PAD requires more strategic planning in making combos and forming teams but there’s also the random element of how the orbs start out arranged in the player’s grid at the beginning of a dungeon. LLSIF has songs with set note patterns for each difficulty level, similar to other music-based rhythm games like Guitar Hero, Rock Band, and Ouendan. I think being able to get acquainted with those songs over time and striving to improve on past performances will be a likely factor in me keeping with the game for at least another month or two. 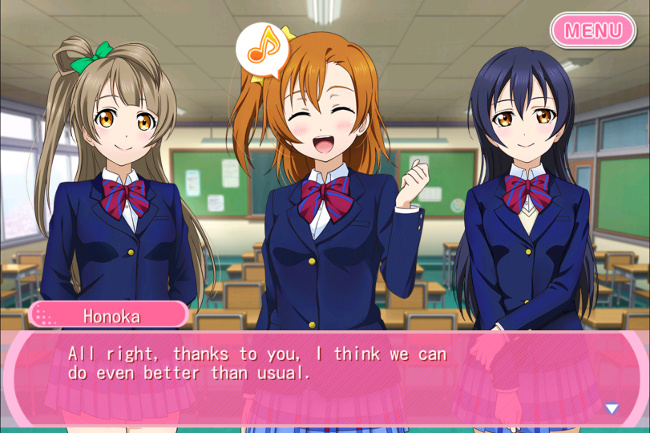 I only saw two episodes of Love Live‘s first anime season a few years ago so I didn’t remember each μ’s member’s main characteristics. I’m getting some sense of their personalities through the game’s story segments, which unlock when certain player leveling thresholds are reached.

Aside from the main nine characters (who are mainly gained through spending Love Gems that you earn organically by playing or can buy for real money), there are many more unvoiced students you obtain after finishing song performances or spending “friend points” to scout them. Some of them have non-standard hobbies like flamenco dancing (Maria), survival games (Sayuri Hyodo), or reading essays (Rika Kamiya).

I’m just reached Rank 25 tonight and have beaten a handful of songs on Hard after playing those same songs on Easy and Normal difficulties multiple times and becoming accustomed to their beats and note patterns through repetition. My next major goal is to attempt clearing a song on Expert but I think I might need more experience and finger speed before regularly challenging songs at that level.

(P.S. I’ve added a few people I know from Twitter/blogs so far as friends in the game. If you’re interested in sending me a friend request, here’s a tweet with my friend ID.)

I have been blogging about anime for more than a decade. My other interests include sports, business & legal affairs, and philosophy.
View all posts by Tom →
Tagged  Love Live, Love Live School Idol Festival, mobile games, rhythm games.
Bookmark the permalink.