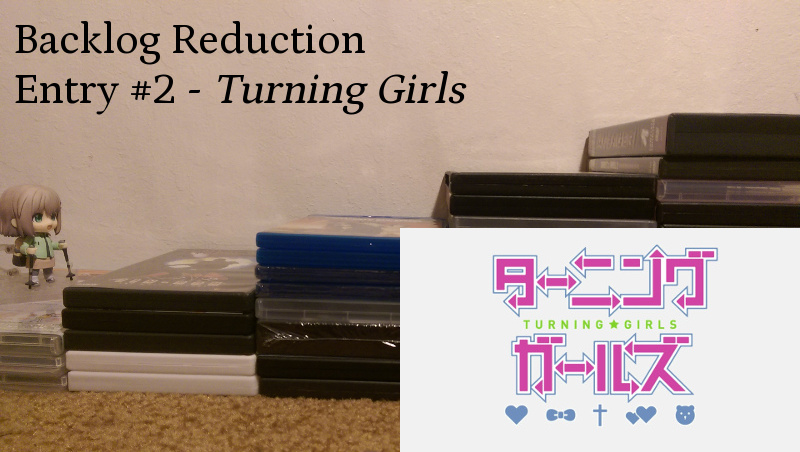 I’m a fan of anime with episodes shorter than 10 minutes long because I find them more convenient to watch than standard length anime episodes and because those short runtimes often encourage production groups to be more efficient with their storytelling. There is one particular short anime series with a sullen ending song that I finished watching a few days ago and regret not finishing sooner.

Turning Girls debuted on a YouTube channel called Anime Bancho, the same channel that premiered Inferno Cop, World Fool News and Peeping Life. The seven-episode series follows the struggles of four working women as they approach age 30: cute and sweet Nana; secret fujoshi Chiwa; visual kei fan Kai; and underground idol Kaeru. They all face cruel realities of adult life from the world and sometimes from each other. 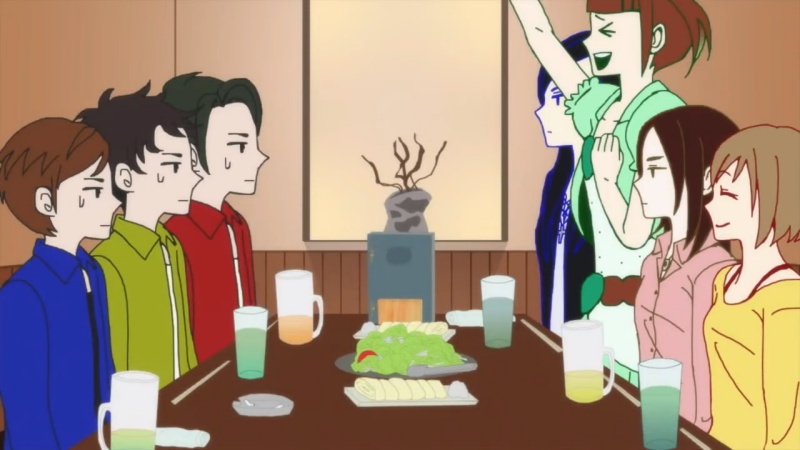 Most of the episodes center around one of the four women and her attempts to start a romantic relationship, act out an alternate persona or other pursuits. I remember the anime being a hit among the anime watching people I followed on Twitter at the time since many seemed to identify with its general pessimistic tone about life and love.

In a 2015 interview with Ani-Gamers, Hiromi Wakabayashi said the anime was an experiment, after the success of Inferno Cop, to see if the non-animator women in the Trigger office could make an anime. One of those women, Nana Yamaishi, voiced her namesake Nana and had production advancement credits on Patema Inverted and Kill La Kill from around the same time as this web anime was being created. The writing benefited from those female perspectives and the result was a unique anime that still feels timely three years later. 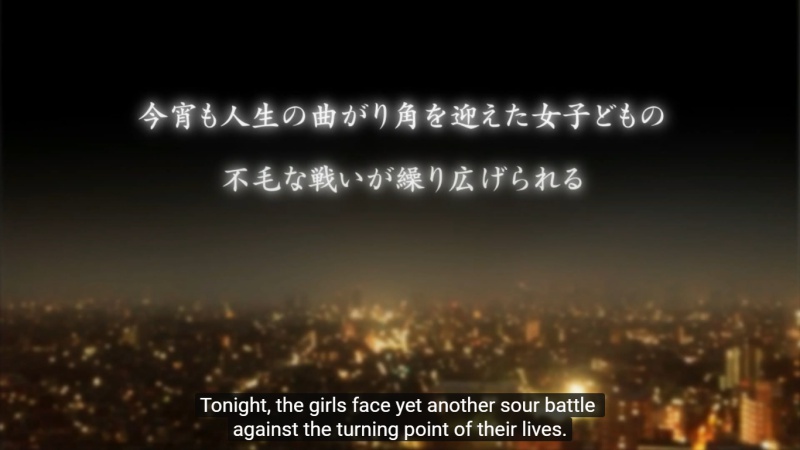 I enjoyed Turning Girls‘ bitter humor, its relatable subject matter, and its economical animation. I recommend it to open-minded people with a half-hour to spare.

I have been blogging about anime for more than a decade. My other interests include sports, business & legal affairs, and philosophy.
View all posts by Tom →
Tagged  Anime, backlog, Backlog Reduction, features, reviews, Turning Girls.
Bookmark the permalink.