When I saw that DMP had started publishing the original manga by enokids through its Digital Manga Guild imprint in May, I bought the first three volumes as they were released that month through their eManga site (those three are also currently available through the Kindle Store: vol 1, vol 2, vol 3). Further volumes have not been put out yet – there are six collected volumes so far in Japan. 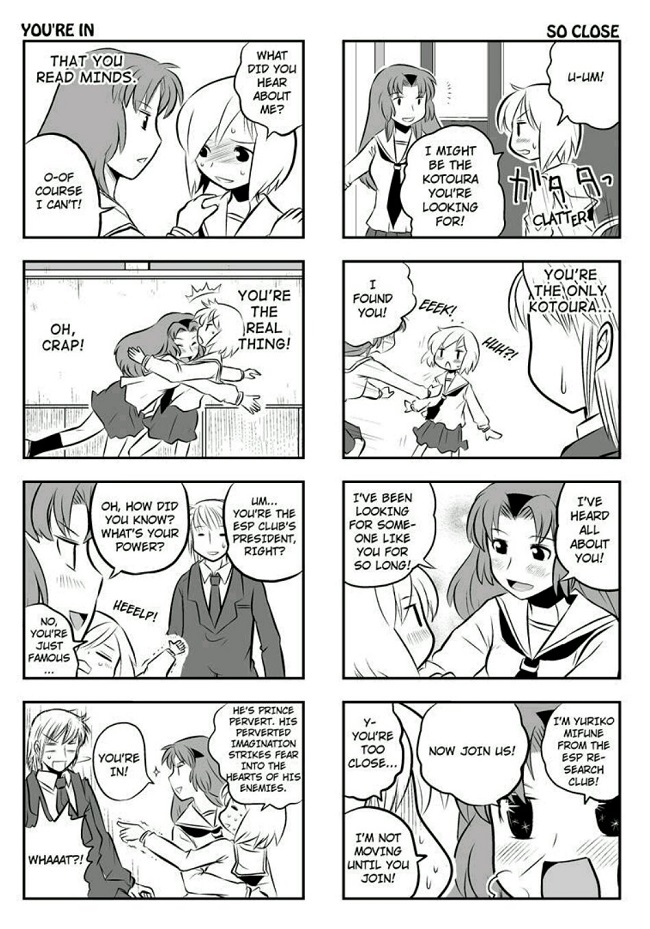 The manga mainly operates in four-panel fashion and I felt it was easier to get through than the anime because reading went faster than watching an animated episode of the same material.

I would like to see more volumes translated by DMP although I guess that depends on how the sales have been for what’s already been released.

I have been blogging about anime for more than a decade. My other interests include sports, business & legal affairs, and philosophy.
View all posts by Tom →
Tagged  12 Days 2014, Digital Manga Guild, Digital Manga Publishing, DMP, Kotoura-san, manga.
Bookmark the permalink.