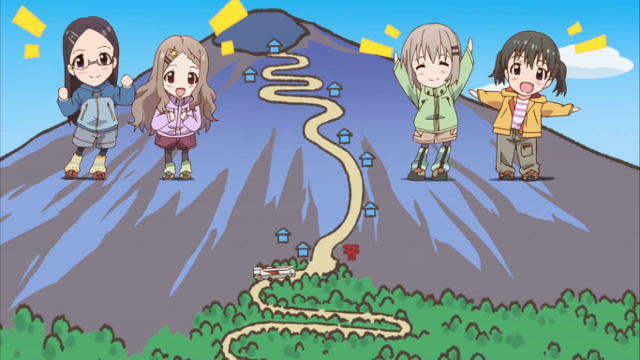 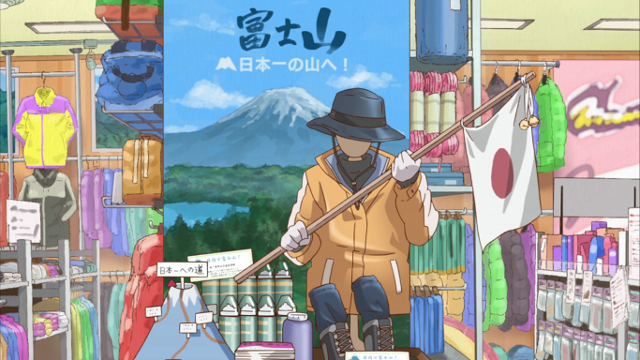 Before going on their trip to Mt. Fuji, Aoi & Hinata shopped for some equipment they’d need for the climb including headlamps and down jackets. They then met with Kaede and Kokona to discuss their plan for ascending Fuji. 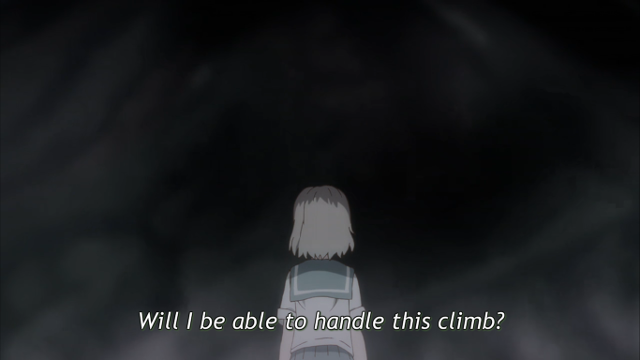 The night before the group began their journey to the mountain, Aoi had doubts about whether she’d be able to make it all the way up so she called Kaede, the most experienced climber of the four, for some advice on how to mentally approach such a challenge. 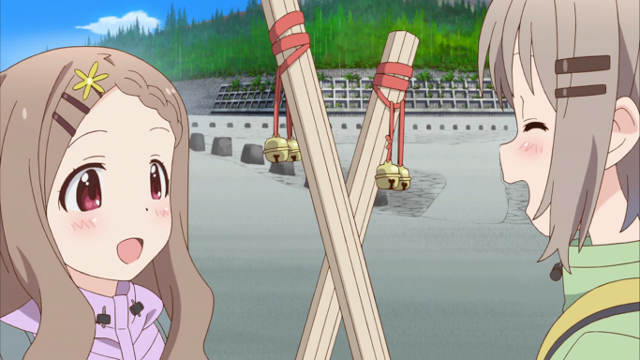 Kokona and Aoi with their newly bought wooden staffs.

The group started off their climb in high spirits but Aoi showed some signs of trouble as they approached the Eighth Station. Kaede stayed behind with Aoi there while the other two went on ahead toward the summit. Aoi later becomes frustrated and depressed that she couldn’t make it to the top, though something that arrives when she’s back home gets her out of the doldrums and back into hiking & climbing.

I have been blogging about anime for more than a decade. My other interests include sports, business & legal affairs, and philosophy.
View all posts by Tom →
Tagged  12 Days 2014, Anime, Encouragement of Climb, mountain climbing, Yama no Susume.
Bookmark the permalink.