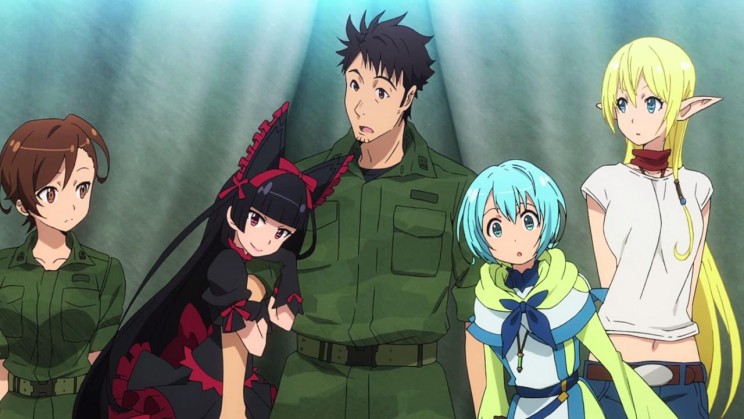 Suddenly, a massive portal shows up, and I don’t mean like a pulsating spiral of pure evil, but a real archway. It almost looks Roman in construction and design and size. Look, it spans the street and is at least two stories tall, perhaps taller. Then, all of these nasty monsters start pouring out and attack the citizenry. Itami is ticked off, as he had places to go to, but now, he is pressed into service to help protect people and drive back the threat. Well, despite being monsters, these guys come off as medieval, with spears and arrows and swords, so they are no match for modern weaponry and are quickly dispatched (those that aren’t captured). Continue reading