I have been blogging about anime for more than a decade. My other interests include sports, business & legal affairs, and philosophy.
3 Comments 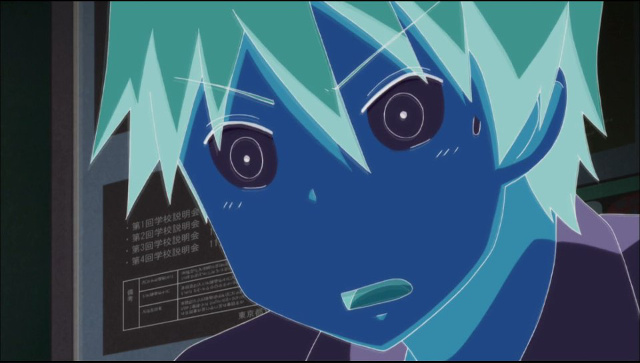 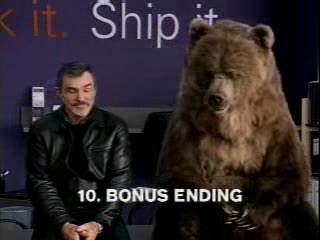 “While [Satoshi] Kon has built a career out of pushing beyond the boundaries of anime, he worries about the industry overall, suggesting that anime is currently caught in a vicious circle. One limiting factor is the fact that many creators are anime fans themselves, so they tend to make new works along the lines of something they’ve seen and liked. ‘That’s part of the problem,’ Kon says. ‘The other half of it is the fans. It’s probably an overstatement to say that all they want is stuff they’ve seen before, but it certainly seems to be the case. I don’t necessarily think they’re to blame for feeling that way, but I also don’t think it’s asking too much for people on the production side to start working toward getting the fans to watch other things. There are other stories out there to tell.’ Kon also believes that the tradition of adapting popular manga into anime is unhealthy for the industry; he feels that animation ultimately ends up as less of a creative force than manga. ‘We need to start demanding shows that were conceived as animation from the start. It sounds kind of overblown to say it like this, but this needs to start with the animation industry.’” [from Newtype USA interview, November 2004] Continue reading

When Pokemon debuted on American television, I started watching it and eventually got the Game Boy games. At the same time, I got hooked on Digimon. I followed both series for probably about a year or two and then quit Pokemon after the Ruby/Sapphire characters and May were introduced. I kept with Digimon until the fourth season, you know, the one where the kids transformed into monster forms. That was also when the show stopped airing on Fox Kids and went to syndication on my local UPN station.

Soon after Digimon began, I also started occasionally watching Cardcaptors, Yu-Gi-Oh!, and Shaman King. I also remember that Moncolle Knights and Escaflowne were on Fox Kids at one time but I didn’t really watch them because they didn’t seem that interesting to me, a middle-school student.

My real push toward true otakudom began with Toonami and flipping through channels at night. On Cartoon Network, there was a late Saturday evening programming block called the Video Entertainment System or something like that. I started to watch some shows on there like Rurouni Kenshin, Yu Yu Hakusho, .hack//SIGN and kept watching because I liked them.

In (I think) the year 2002, I started to watch Adult Swim, for which I suppose I was a few years “underage”. However, most of the Comedy shows on there like Home Movies and Futurama I had already seen on primetime network television so I felt that I was mature enough. After the Toonami/VES block ended, the Adult Swim block started and included shows like Big O, Inuyasha, Furi Kuri, and Kikaider. Soon after that, I followed Wolf’s Rain and I’ve continued to tape anime on Adult Swim, most recently Evangelion, Ghost in the Shell, and s-CRY-ed.

The third step was acquiring a thirst for fansubs. I had previously downloaded single, subbed episodes of various shows off eDonkey as well as some of the Digimon movies. It really wasn’t until an issue of Newtype USA (December 2002), which had a cover story on .hack, caught my eye in a Borders (or was it Barnes & Noble) bookstore. The pack-in DVD was alright; it had the first episode of Magical Shopping Arcade Abenobashi on it as well as some trailers for other ADV Films offerings. In the magazine itself, though, were articles on the first three series I saw from start to finish on fansubs: Full Metal Alchemist, Scrapped Princess, and Chrno Crusade.

My DVD collection, in terms of anime, started when I saw a used copy of Noir volume 1 at Blockbuster one day. I had gone in there for a 2 for $20 previewed sale and ended up also buying American Splendorand Kill Bill Vol. 1. I came home and watched my purchased discs in the standalone DVD player I got that summer for my birthday. My desktop computer already had a DVD-ROM drive in it so I’d previously watched DVDs in my bedroom, but this standalone player connected to the TV. This convenience allowed me to lay on my bed and watch movies. After finishing the first Noir disc, I wanted to see the rest of the series. So I started to buy used copies of the other 6 volumes as well as those of other series.

There was an Anime Club at my high school but I had already entwined myself in many extracurricular activities like Yearbook and German Club. When I joined the collegiate, I joined the club here and also signed up for the newsletter of a couple of student organizations (College Dems & ACLU). I probably should go to one of their meetings one of these days. Oh, yeah, and the high-speed campus ethernet has very much helped me quench my thirst for fansubs. ^L^

I have thought about making an anime/Japanese culture blog for a while but never got around to it until now. I decided that I had come to the point where I needed to express my observations and complaints about anime, manga, and Japanese culture in general.

Mostly I’ll write short column-style posts about a subject or just focus on an anime I recently revisited. I am not trying to be an “official” anime blogger, like Jeff Lawton and the other well-read people in the anime blogosphere, and post episodes summaries with screenshots and I don’t really want to be. If there is something interesting in something I happen to be watching that I’d like to point out (like puns in Yakitate!! Japan), I will make a post about it. But there are not going to be posts titled “Blood+ 15″. Remember that.

And now, the reason why this is named “Part-Time Otaku”. I don’t really have a lot of time to devote to this blog because I’m a second-year undergraduate student with lectures, papers, and finals (OH MY!); I will probably start working soon, which will leave me with less free time. I also am interested in many other subjects than Japanese culture. These include politics, philosophy, economics, and linguistics. I might post about these things intermittently if I can articulate them clearly but I’ll try to maintain the focus on Japanese culture.

Also, when reading this blog, keep in mind that my language background is as a native English speaker and a beginning to intermediate German speaker. [I took some German in high school and am currently taking a three-quarter series of classes to fulfill a foreign language requirement.] As such, I know little to no Japanese (some katakana and hiragana but no kanji) and those few words that I do know I learned from…you guessed it, watching anime. Words like nii-san, kanojo, onna, sekai, tenshi, chigau, etc. I would like to learn Japanese someday but as I said, I’m currently taking German. Maybe senior year, I could try but I think I would probably suck at writing the characters out, especially kanji so I might be limited to conversational Japanese.

About my otakudom, I would say it is about at intermediate level. I have never visited Japan, cosplayed, or been to a convention. However, I would like to do all of those things at least once in my life. I have probably 20-25 DVDs of various series and have purchased a few manga volumes. I think I’ve been to Japantown in San Francisco five times. I’m currently a member of my college’s Anime Club and may soon become an officer of that club. I suppose my thirst for anime started in 1999 or so, Digimon came on the air here in America. This first post is getting to be pretty long so I’ll probably cover “My Road to Otakuhood” in my next post.

So, I already have a couple ideas of things to talk about including licensing, “off vocals”, and the art of Japanese puns. I will strive to make posts at least once a week, although my ultimate goal would be to regularly post twice a week and perhaps use a webcam every once in a while for fun and effect. Now I have to get a webcam…that costs money. But my first task is to create some header art so I have some customization.