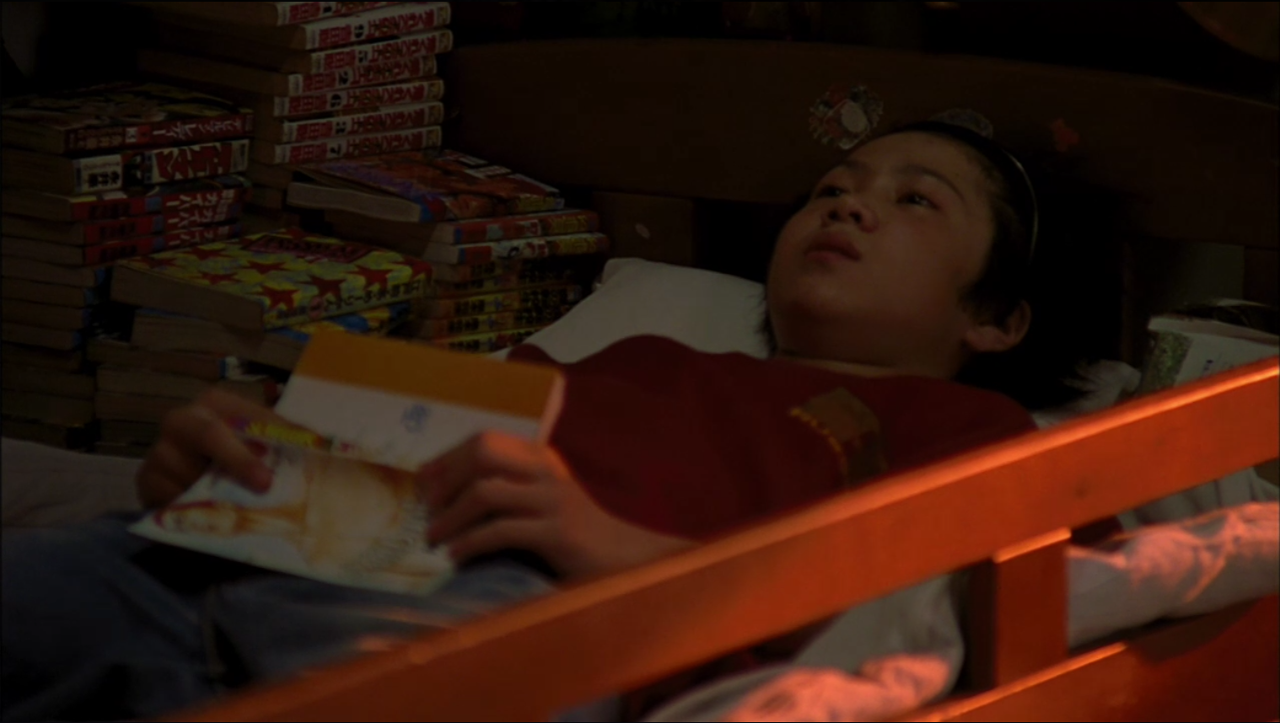 There is a flashback scene involving two students and one of them is reading manga while lying on a bunk bed. He’s holding a volume of Slam Dunk and there are a couple stacks of manga behind him. I was watching on a stream through Shudder so it was hard to make out some of the titles in those stacks, but I think the tall stack in the far back with red titles on a white background as a Young King Comics series, thanks to the gold “YK” at the top of the spines.

My Crunchyroll Expo badge arrived in the mail yesterday. The event is less than two weeks away and I’m interested to see the events schedule after it gets released so I can determine how busy (or not busy) I may be during that weekend. I watched Children of Ether (the 15-minute short featured on the expo’s 3-day badge design) and thought it was well-animated, but also it felt like more of the setup for a possible series than a satisfying standalone thing.

I have been blogging about anime for more than a decade. My other interests include sports, business & legal affairs, and philosophy.
View all posts by Tom →
Tagged  Battle Royale, Children of Ether, Crunchyroll Expo, Weekly Check-In.
Bookmark the permalink.