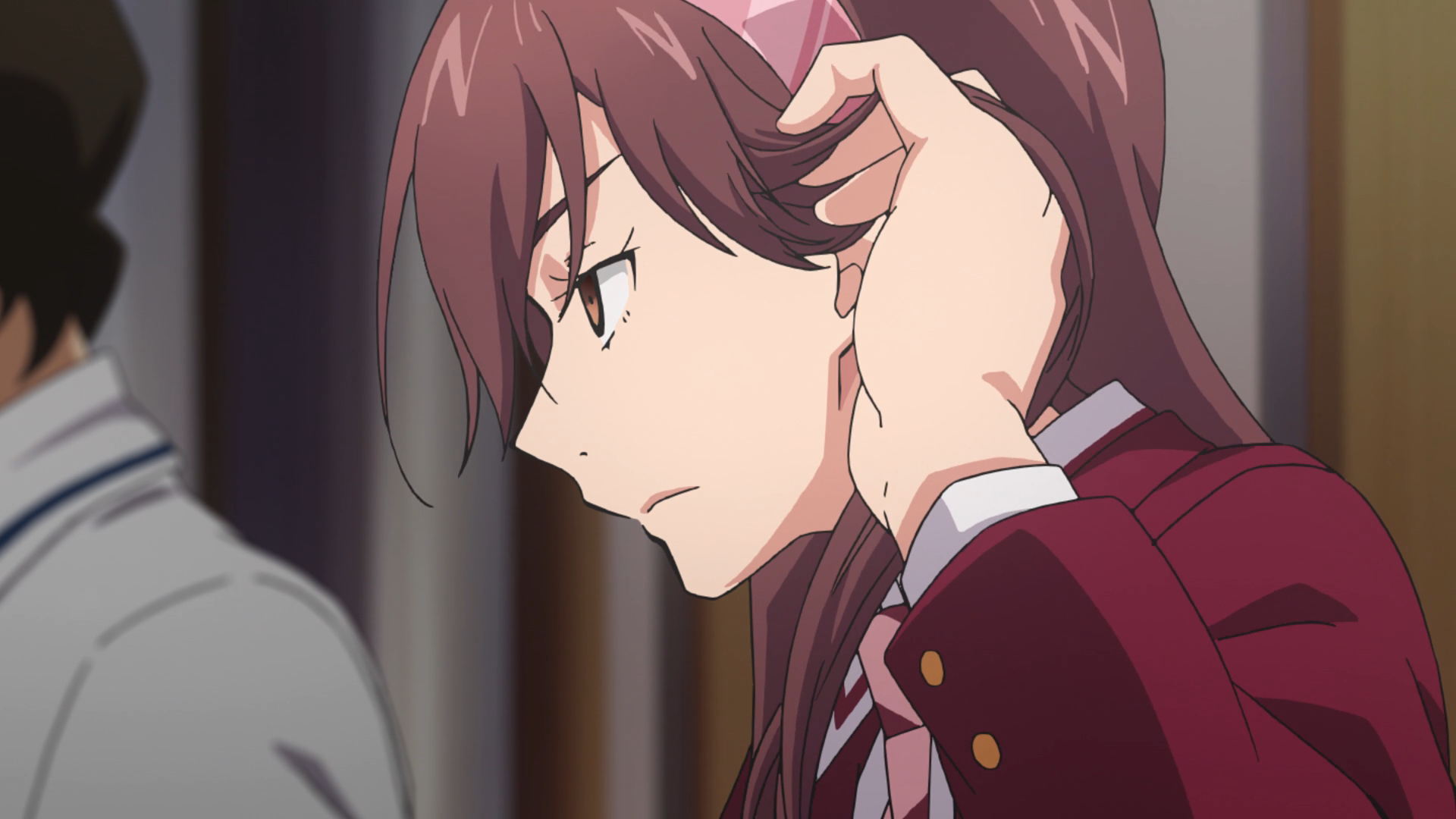 The quarterly rush of new anime premieres has come around again. I’ve watched the first episodes from a handful of new series: Fastest Finger First, A Centaur’s Life, Welcome to the Ballroom through a Twitch stream sponsored by Amazon’s Anime Strike channel, and Aho Girl.

There are some other new series I want to try out but Fastest Finger First is a leading candidate for my favorite so far with its pairing of quiz bowl competitions and sports strategy moments. After watching it on my own, I read the ANN Preview Guide and Anime Feminist reactions and both had good points about the tone of episode 1 and how the anime’s story may unfold in later weeks. (One lowlight was boy protagonist Shiki’s multiple nervous callbacks to a panty-related incident.) By the way, an English translation of the manga’s first chapter is available to read through ComicWalker. 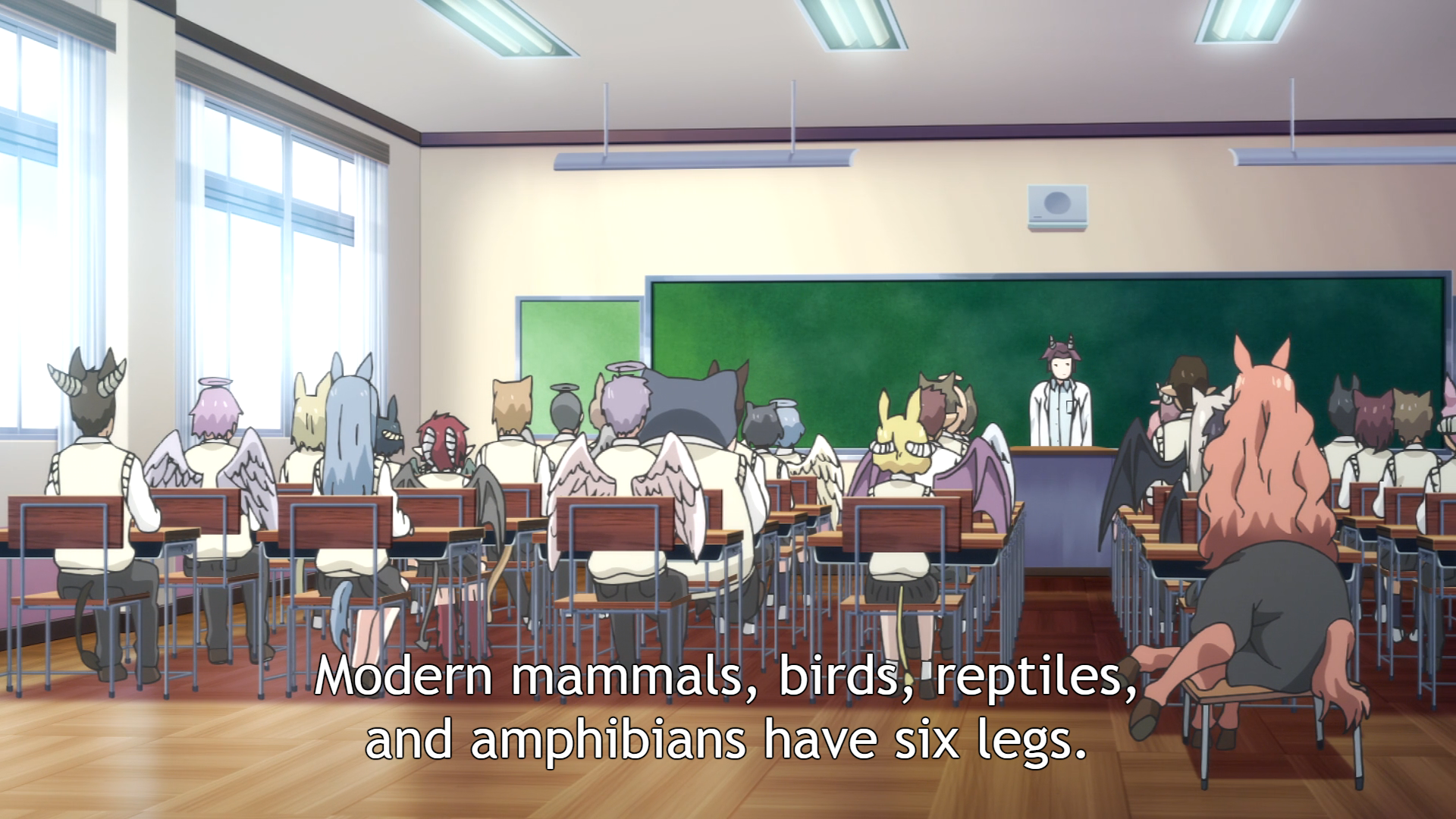 A classroom lecture in A Centaur’s Life

A Centaur’s Life takes place in a world where four-limbed animals failed to survive the evolutionary process so instead there are four general groups of humanoids: catfolk, goatfolk, and fauns; winged angelfolk and draconids; centaurs; and merfolk. The three main girls – Himeno (centaur), Nozomi (demonoid), and Kyoko (half-satyr) – have a good, friendly dynamic that is common in other slice-of-life school anime. Seven Seas has been publishing the manga in North America since 2013 and I’m thinking of taking a look at that soon.

Welcome to the Ballroom‘s debut was alright and its animation felt passionate; however, it’s an Anime Strike exclusive series so I might not keep up with it week-to-week as I’m not a subscriber. There was a moment involving Tatara, the newcomer dancer, becoming excited about ballroom dancing through watching an older competition video that reminded me of Hinata seeing a volleyball match on TV at the beginning of Haikyu!!.

Aho Girl had a very crass first episode and I didn’t enjoy its style of humor during its 12-minute runtime. I felt sorry for the characters trying to assist Yoshiko and to dissuade her from making messes of situations. I do not recommend watching Aho Girl. 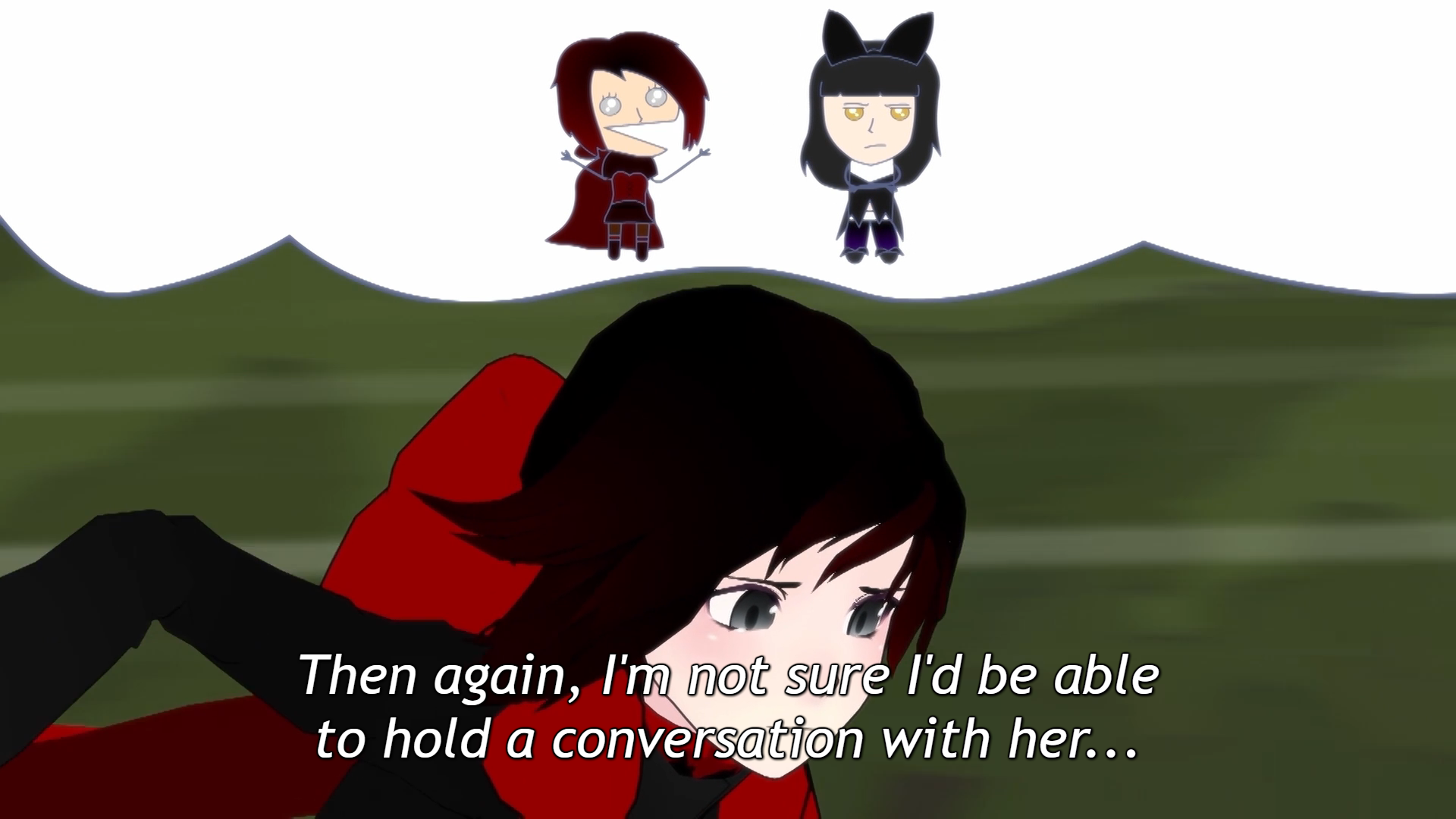 Ruby Rose thinking about her relationship with Blake Belladonna in RWBY

I also watched the first Japanese-dubbed episode of RWBY followed by episodes 1-5 of its original English-language run. I had heard about RWBY for years but didn’t know much about it. The action looked good for being animated using the Poser graphics program and the dialogue felt snappy in both Japanese and English so I will continue watching both versions.

I have been blogging about anime for more than a decade. My other interests include sports, business & legal affairs, and philosophy.
View all posts by Tom →
Tagged  A Centaur's Life, Aho Girl, Anime, Fastest Finger First, RWBY, Weekly Check-In, Welcome to the Ballroom.
Bookmark the permalink.