It’s a new month and I’m starting a weekly column called “Monday Check-in”. Not the first person to do something like this (for example, Lauren does regular Monday posts on Otaku Journalist) but I’m hoping setting a day of the week to write a post will help me think more frequently about what I have been reading and watching.

The first 13 episodes of the Little Witch Academia anime series rolled out onto Netflix on Friday and I watched its first episode on Sunday. It had some good comedy & action/adventure moments but I wonder if the 25-minute episode format ends up being a boon or a drawback compared to the two movies that preceded the TV series. I may watch the rest of the episodes this week as well as those movies, which are also available on Netflix. 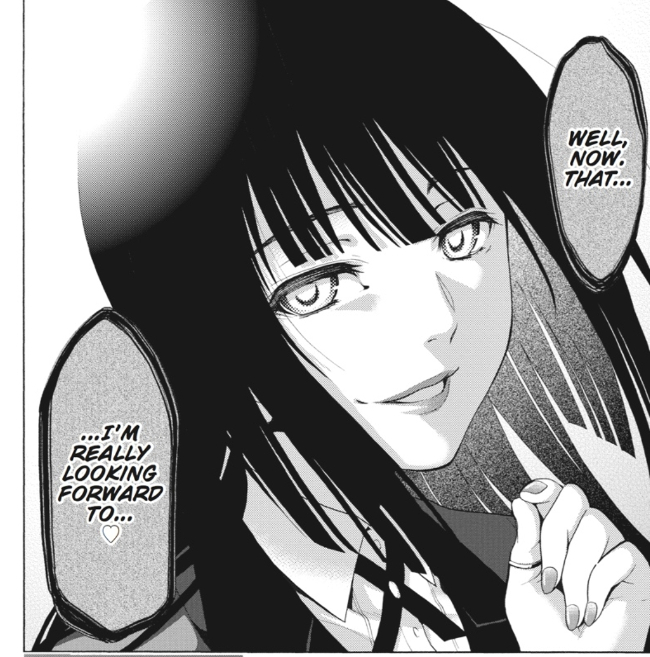 A new season of anime series started over the weekend and Kakegurui is one I would like to eventually watch. Yen Press has been digitally publishing the Kakegurui manga in English since 2015: so far, three collected volumes and chapters 17-42 as individual issues. Yen will publish the first volume in paperback in North America on July 18th. I read the first volume on Sunday night and enjoyed the characters’ attempts to manipulate each other in dramatic gambling showdowns. 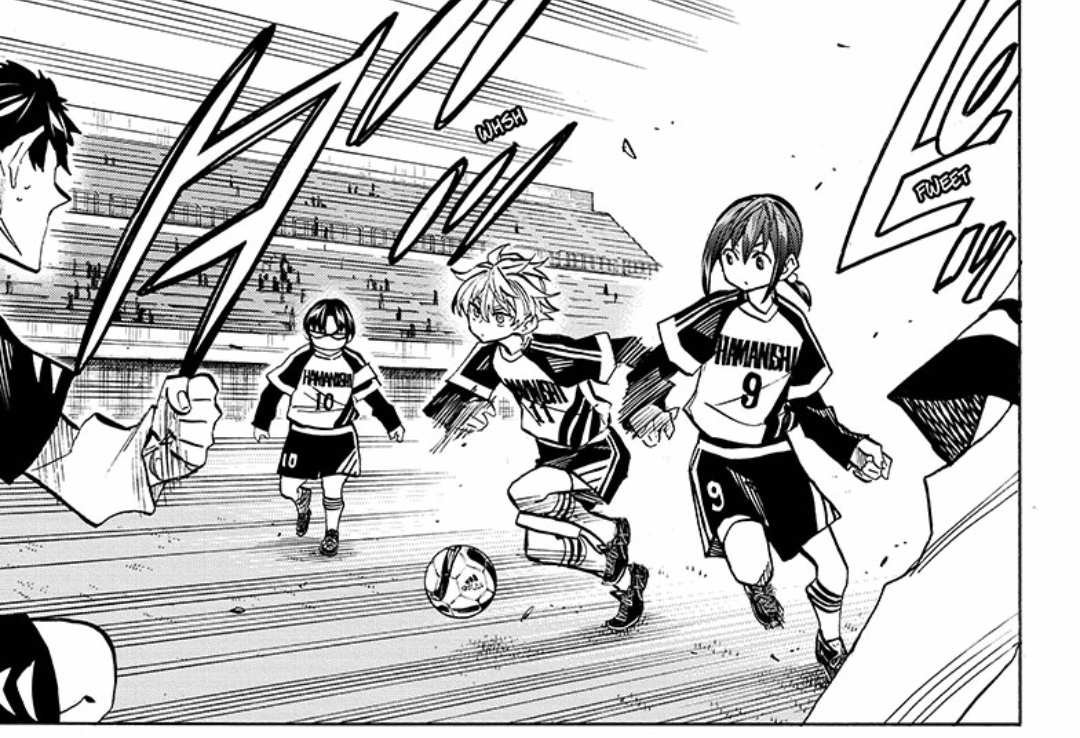 Yamato, Roku, and Akira in Shudan!

Continuing with manga, I am still reading English issues of Weekly Shonen Jump as they come out. I loved the first three chapters of youth soccer series Shudan! (waiting to see if it gets picked up as a regular!) and felt okay about social-media romance series Cross Account after its opening chapters (chapter 3 was a big improvement over the first two). We Never Learn has been treading further in romantic comedy territory with more misunderstandings and nervous moments involving the girls and their tutor Nariyuki. Dr. Stone has started in a new direction as the scientifically-minded Senku encountered a warrior girl named Kohaku and her village of about 40 people. Robato is participating in his first practice match against another school in Robot x Laserbeam after gaining a passion to become a better golfer. Finally, I have been reading the newest chapters of Hunter x Hunter, aided by a catch-up summary of previous arcs in Shonen Jump‘s June 26th issue, and I now want to resume watching the 2011-2014 remake anime series; I had previously stopped watching it during the Greed Island arc.

I have been blogging about anime for more than a decade. My other interests include sports, business & legal affairs, and philosophy.
View all posts by Tom →
Tagged  Anime, Cross Account, Kakegurui, Little Witch Academia, manga, Shudan!, Weekly Check-In, Weekly Shonen Jump.
Bookmark the permalink.