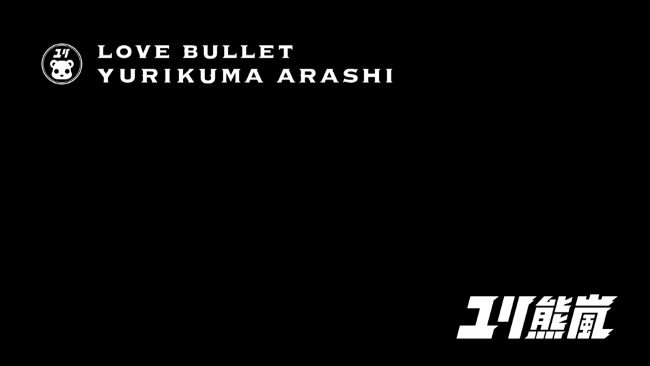 At the start of the winter 2015 anime season, I wasn’t looking forward to watching many new shows. I ended up trying out 9 first episodes and have 8 of those series currently marked as “watching”, despite being a few weeks behind on some of them. One I recently caught up on was Yuri Kuma Arashi, directed by Kunihiko Ikuhara with animation production by Silver Link.

I consider myself a mild Ikuhara person – I watched all of Penguindrum and only an episode of Utena so far. I enjoyed the ride that Penguindrum provided over its 24-episode run amid its attempts at symbolism. Yuri Kuma has about half the episode count to work with and while it has its fun moments involving the two main bears-disguised-as-humans (Ginko and Lulu), it has also been dragged down with flashbacks to events previously unseen in the show and with a couple characters repeatedly stating that they won’t give up on love. 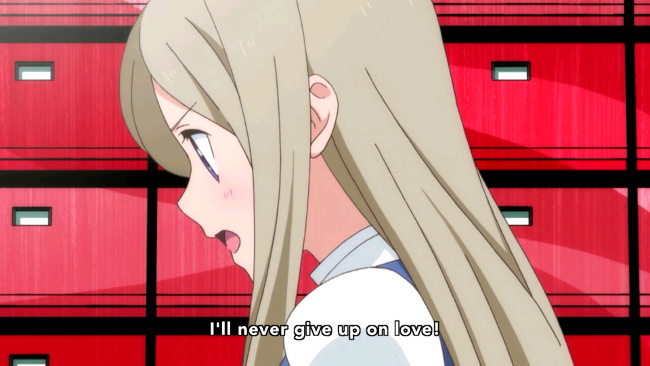 Unwavering girl-love and resistance to the “invisible” student body herd are some key themes in the show so far and episode 6 felt like a turning point: Kureha is confronted by the rest of her class and then is saved by Ginko. The concept of a Promise Kiss comes up again (mentioned this time by Severance Court judge Life Sexy) and it seems like the remainder of the series could involve Kureha finally becoming friends with Ginko (and Lulu), possibly through the pendant that belonged to Kureha’s mother and that Ginko currently wears around her neck. However, Kureha probably still holds a general grudge against bears for killing her best friend Sumika so Ginko and Lulu will have do some convincing without letting loose their true identities.

I plan to finish watching Yuri Kuma Arashi to the end now that I’ve stuck with it this far. It’s not my outright favorite of the winter shows I’m watching but it became more interesting this week and I want to see how the rest of the story unfolds.

I have been blogging about anime for more than a decade. My other interests include sports, business & legal affairs, and philosophy.
View all posts by Tom →
Tagged  Anime, Yuri Kuma Arashi.
Bookmark the permalink.