COMMENTARY – Linking It All Together 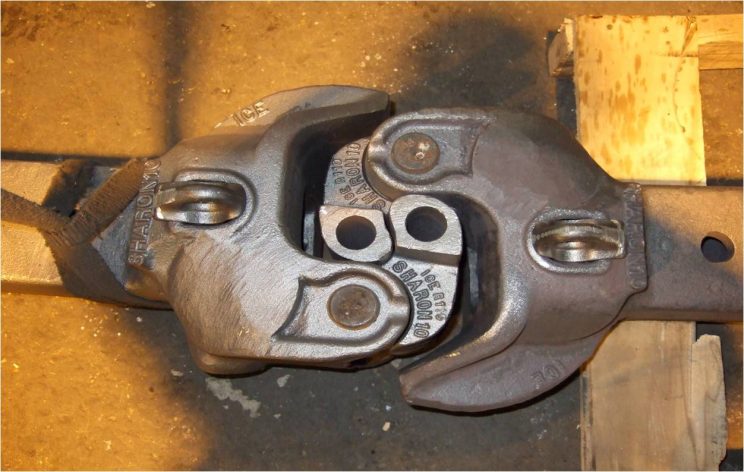 It’s Riddle Time! Today’s riddle is…“Why does the porridge bird lay his egg in the air?”  No, that’s not it. It is “What do trains and anime have in common?” ‘Coupler points’.

You have seen in my reviews the term ‘coupler point’, in reference to the conclusion of a show. What does that mean? Well, we have to look at trains for an understanding. All trains have a hook at either end of their cars. Yes, even the caboose, which is the ‘last car’, still has couplers on either end. I remember, as a young youth, watching the trains go by, I would see two or three cabooses linked together. The couplers allow for numerous cars to connect, so you end up with a train that takes 30 minutes to pass a crossing. Not too good if you are running late to work but great if you are a train geek.

Now, on to the next riddle: “What is the most important aspect of an anime show?” Anyone who said ‘big boobies’, I need to see you after class. It is ‘to get renewed’. If you, as a company, put all your time and effort into a show (and the anime “Shiro Bako” is a good show to see all the stuff that goes on behind the scenes), you would really like to get picked up for a second or even a third season. But you have to come to some sort of conclusion for the first season. You don’t want to leave things dangling, which is especially annoying if you don’t get picked up. How did it all end? But you don’t want to burn your bridges and have to do some fast back tracking in case the call does come down. Dang, we killed off the main villain! Wait! He could have a twin brother!

Very few animes have a solid conclusion. “Death Note” is one of the few that comes to an end. It’s over. I would have said the same about “Code Geass”, but they (finally) came out with a five-part movie (a review on that is coming), but I felt that one really ended as well. Whereas something like “High School DxD” comes to a season closer and holds out the possibility of more to come, so there is the ‘coupler point’. The hook is out there so we can link up the second season with the first season and chug merrily along with nary a bump or jostle to your enjoyment.

Some shows have acceptable coupler points. Please understand that I am not a big fan of coupler points; I want a show to end, but I don’t get a say in things. “Mahoromatic”, in their second season, has the show ostensibly end, but we leave the hook out in case we want to return and see more of their lives together (exclusive of any OVA or movie specials lurking on the horizon of their original time together) from beyond that point. “Licensed by Royalty” has a terrible coupler point, as they didn’t get picked up for a second season, but we are left hanging at to what really happened at the very end (and since that show is over a decade old, I’m not expecting anything).

The higher the rating means they have a solid conclusion; lower means too open or too weak of a ‘conclusion’ and they are hoping to get picked up or didn’t know how to end it. It just kind of fizzled away, like a defective sparkler. It’s just that the overwhelming majority of shows have a standard coupler point. We can continue along as we have or use it to go into a different direction. Season Two to Three of “Full Metal Panic!” did just that, as Season Three bears no resemblance to the first two seasons, but continues the story line and quite well.

Then you have something like “Bleach” or “One Piece”, which have arcs and never, really, come to a conclusion. We count off 13 or 26 episodes and send that out as a box set. “Case Closed” is over 800? Woof! That one is really chugging along, but no real ‘season ender’ episodes. So, much like big boobies and anger stars, this seems like another anime trope we have to accept. All aboard!

It took me about 40 years and seven valiant attempts to finally enjoy anime. Whether I grew into it or the stories got better, things have been percolating along since 2004.
View all posts by The Droid →
Tagged  Commentary.
Bookmark the permalink.