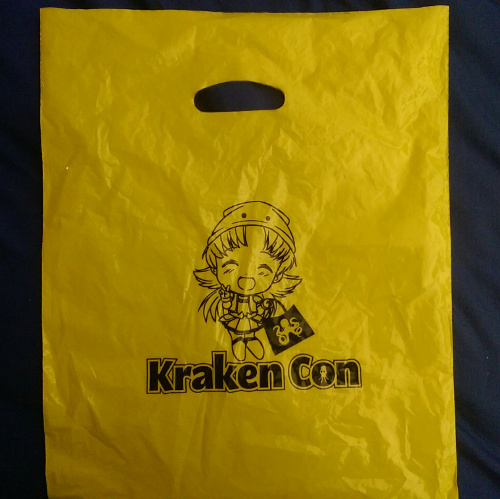 I traveled to Oakland yesterday for the first full day of two-day Kraken Con Spring 2015. It was my first convention in three months, the last one being another Bay Area event (AOD), and it was relatively easy to get to – I drove most of the way before jumping on BART for the rest to a station near the Oakland Convention Center where it was being held. Like AOD, I was there mainly to see some panels and look around at the rest of the con’s features. 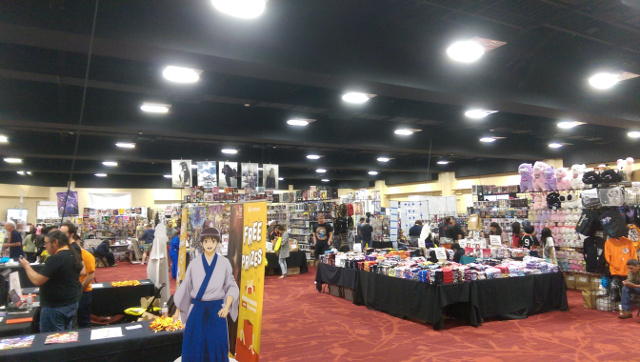 After getting though quick on-site registration, I went to the exhibit hall and looked at vendors, artists, game stations (Rock Band and Just Dance had their own stages) and video screens prior to attending Crunchyroll’s industry panel in the connected Main Events room. Some of their employees introduced the company to the audience, ran through their current simulcast offerings and showed off a couple videos featuring staff talking about what it’s like to work there.

What was called the Theater in the main hall seemed to primarily play older anime like Haibane Renmei and Tenchi Universe while the Gaming Stage had newer series related to games/fantasy elements such as Senyu, Log Horizon, and Sabagebu as well as occasional video game tournaments. 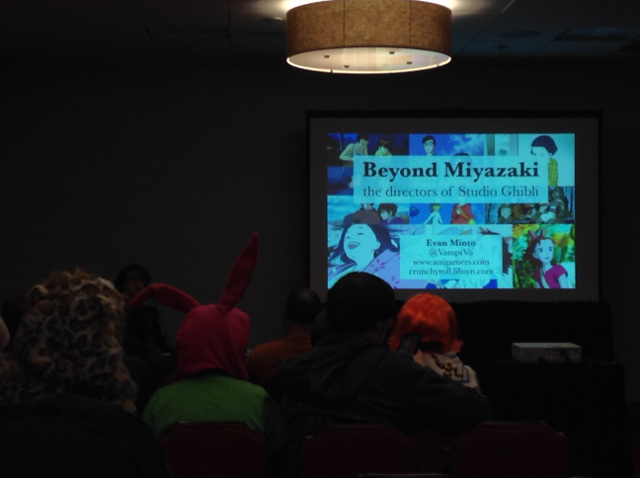 Most panels were held on the second floor, including Evan Minto’s two solo ones: “Beyond Miyazaki: The Directors of Studio Ghibli” and “A Video History of Anime”.

Evan’s first panel covered the careers and films of Isao Takahata, Yoshifumi Kondo, Hiromasa Yonebayashi and other directors who worked at the acclaimed studio and contained clips or trailers for each movie. His attempt to cover a century of anime through video clips in his other panel seemed well-structured – it was mostly in chronological order and he tried to present series and movies that were influential to what would follow. 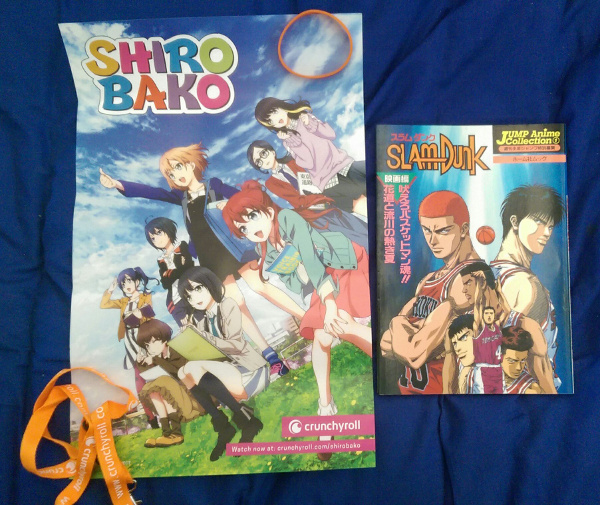 I didn’t get many goods at the con: just a free Shirobako poster from Crunchyroll’s booth for being a premium subscriber and a marked-up 1995 Slam Dunk art book from a vendor.

Kraken Con seemed like an alright small convention to visit for an afternoon. The next one is scheduled for September 26th at the USS Hornet Museum in Alameda. I might not go to that one but maybe the one after that in spring 2016.

I have been blogging about anime for more than a decade. My other interests include sports, business & legal affairs, and philosophy.
View all posts by Tom →
Tagged  conventions, Kraken Con, Oakland, panels.
Bookmark the permalink.